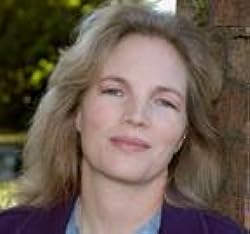 D.M. Murdock, also known by her pen name, "Acharya S," is the author of several books on comparative religion and mythology, including "The Christ Conspiracy," "Suns of God," "Who Was Jesus?" and "Christ in Egypt." She's also the author of "The Gospel According to Acharya S," that seeks to answer a few long-held questions regarding the character of God, religion and humanity's place in the world.

Murdock is an alumna of Franklin & Marshall College in Lancaster, PA, where she studied Classics, Greek Civilization. She has lived in Greece and is an alumna of the American School of Classical Studies at Athens, Greece. Acharya has excavated at Corinth, Greece, where tradition has St. Paul addressing the Corinthians, as well as in a Paleo-Indian website in the U.S.. She speaks, reads or reads to varying amounts English, French, Spanish, historical and contemporary Greek, German , Latin and other languages.