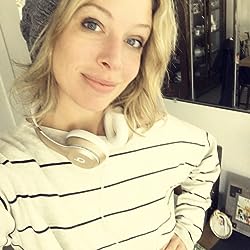 Reid currently resides in the Bay Area with her husband, their two kids, and both dogs. See all Jordan Reid products