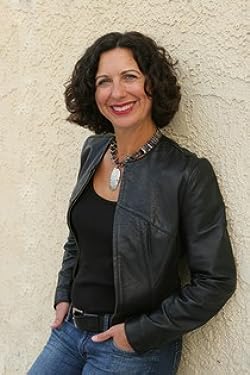 Her love of writing, Chantal Sicile-Kira's passion for enabling others, and her interest in autism has led her to develop into an writer, speaker, and pioneer in the field of adolescence and transition into adulthood. She's been engaged in autism spectrum disorders for 25 years as both a parent and a professional. Chantal recently found AutismCollege.com, which offers practical advice and training to teachers and parents.

A former writer on BBC documentaries and also a lineup on a TV Collection in Paris, Chantal is the author of five books about autism. She blogs on Huffingtonpost.com, also PsychologyToday.com.

Jeremy, Chantal's boy, has been emphasized at the Newsweek cover story "Growing up with Autism" and featured at the MTV documentary True Life series, in "I Have Autism" that was the recipient of some 2008 Voice Award. Chantal's adventure of raising his son from France, the UK and California had been the subject of a 22 page article at the French expert journal on research and education for special education, La Nouvelle Revue de l'Adaptation et de la Scolarisation, June 2006, published by INS HEA.

Publication awards
Chantal's earliest publication, Autism Spectrum Disorders, was the author of the 2005 Autism Society of America's Outstanding Literary Work of the Year Award, and has been nominated for the 2005 PEN / Martha Albrand Award for First Nonfiction. The UK version was the winner of the 2003 San Diego Book Award for 'Best in Health.'

Her second novel, Adolescents on the Autism Spectrum was awarded the 2006 San Diego Book Award for "Best in Health/Fitness." See all Chantal Sicile Kira products