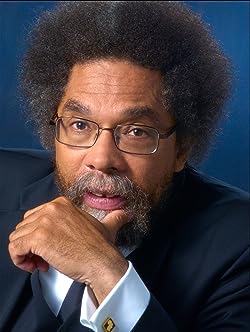 Cornel West is a very democratic intellectual that is notable and fascinating. He also graduated magna cum laude from Harvard and got his MA and PhD in philosophy at Princeton. He has taught at Union Theological Seminary (where he's recently returned to teach), Yale, Harvard, Princeton, and the University of Paris. He has written nineteen books and thirteen books. He is famous for his Race Things, published by Beacon Press in 1993. His hottest novels are Black Prophetic Fire, which provides a fresh outlook about six revolutionary African American leaders (Frederick Douglass, W. E. B. Du Bois, Martin Luther King Jr., Ella Baker, Malcolm X, and Ida B. Wells) as well as also The Radical King, a set of MLK’s writings curated and introduced by Prof. West to reclaim Dr. King’s prophetic and revolutionary vision as both a civil rights leader and —much more broadly—because a human right activist. Beacon Press published both novels.

Cornel West appears often on Real Time with Bill Maher, The Colbert Report, CNN and C-SPAN, and he makes lots of appearances speaking to audiences big and small on subjects which range from racial justice and queer rights to climate justice. Prof. West has appeared in more than twenty-five documentaries and movies, including Examined Life, Call & Response, Sidewalk, and Stand. He has also made three spoken-word records, such as Never Forget, cooperating with Prince, Jill Scott, Andre 3000, Talib Kweli, KRS-One, along with the late Gerald Levert. His current spoken-word interludes were showcased on Terence Blanchard’s Alternatives (which won the Grand Prix at France for the very best jazz record of the year for 2009).

He has recently been deeply involved in the Dark Lives Matter protests and has been one of those detained in Ferguson in 2015. Cornel West has a passion to communicate with writings and orations, through film and music, and in solidarity with groups and faith

Cornel West has 1 products available for sale in the category of Books.