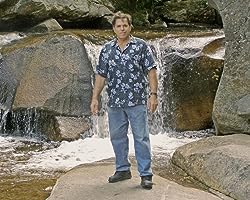 Al Lamanda lived most of his life and was born in The Bronx, New York. His debut novel Dunston Falls received high compliments from Kirkus and Publisher's weekly and out of there that he was hooked, composing more than twenty novels and several screenplays.

Nominated to the 2016 Nero Award for best mystery for This Side of Midnight.

Nominated for the 2015 Nero Award for best mystery novel for First Light.

Nominated for Your Edgar Award for best novel for Sunset, 2012. Start looking for the sequel Sunrise in summertime 2013.

Voted the best crime book of 2013 for Sunrise by the Maine Writers and Publishers Alliance.

In his spare time Al Lamanda is an avid weight lifter and boxer and housemaid into his Maine Coon Cat.

Coming in 2016 With Six You Get Wally, a new John Bekker mystery.

Al Lamanda has 1 products available for sale in the category of Books.