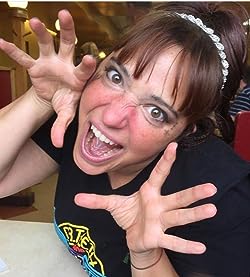 New York Times and USA Today bestselling writer Alethea Kontis is a princess, a fairy godmother, and a geek. She’so-called teaming up the bible, which makes horror films also fretting about fairy tales about YouTube.

Alethea’s published works include books, novellas, and companions in the universes of Arilland, Border Court, Nocturne Falls, Barefoot Bay, and Sherrilyn Kenyon’s Dark-Hunters; the AlphaOops movie novels; Haven, Kansas; Wild & Wishful, Dark & Dreaming; The Wonderland Alphabet; and Diary of a Mad Scientist Garden Gnome. Her fiction, essays, and poetry have appeared in an array of anthologies and magazines.

Alethea’s YA fairy tale novel, Enchanted, won both the Gelett Burgess Children’s Novel Award along with Garden State Teen Book Award. Enchanted was nominated for its Award in 2013 and has been picked for World Book Night in 2014. Hero, both jelqing along with its sequel, were nominated for the Andre Norton Award. A brief story collection put in the exact same fairy tale world, tales of Arilland, won a Gelett Burgess Award in 2015. The second publication from The Trix Adventures, Trix and the Faerie Queen, was a finalist for the Dragon Award in 2016.

Princess Alethea was given the honour of speaking about fairy tales at the Library of Congress in 2013. She gave a keynote speech in the Lewis Carroll Society’s Alice150 Conference in New York City, celebrating the 150th anniversary of Alice’s Adventures in Wonderland. She enjoys speaking in festivals and colleges all around the usa. (If forced to pick between all these things, she says middle schools are her favourite!)

Produced in Burlington, Vermont, Alethea currently writes and lives about the Space Coast of Florida. She gets the very best baklava you’t sleeps with a teddy bear and ever tasted. Discover More about Princess Alethea

Alethea Kontis has 5 products available for sale in the category of Paid in Kindle Store.