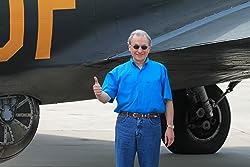 CRAIG H. ROELL is a native of Victoria, Texas. He earned his Ph.D. at the University of Texas in Austin, and is Professor of History at Georgia Southern University.

His Most Recent publication, _Matamoros and the Texas Revolution_ (2013) won FIRST PLACE at the 2015 LA BAHÍA AWARDS by the Sons of the Republic of Texas. This Award, administered throughout the Kathryn Stoner O'Connor Foundation since 1968that symbolizes the best from the scholarship of Texas history.

The Texas Revolution was very divisive among Tejanos, Mexicans, Irish, and Anglos. Dr. Roell's VIDEO presentation about the Tejanos of Goliad and Victoria during the Texas Revolution [for its 2014 San Jacinto Symposium at Houston] can be seen at:
https://www.youtube.com/watch?v=MTfhLoMP_54

Dr. Roell is Professor of Economic, Business, and Cultural History at Georgia Southern University in Statesboro, at which he had been appointed Wells/Warren Professor of the Year (2002, 2013), also awarded the Ruffin Cup Award, which recognizes the highest achievement in teaching, scholarship, and support in the College of Liberal Arts and Social Sciences at Georgia Southern University.

Craig H. Roell has 1 products available for sale in the category of Books.