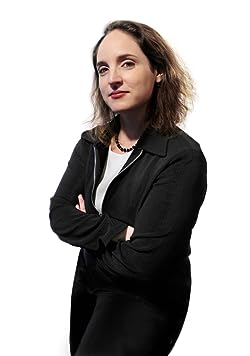 Alexandra Levit's goal is to help individuals succeed in tasks that are meaningful, and to create relationships between associations and high talent. A author for the New York Times and A nationally syndicated columnist for the Wall Street Journal, Alexandra has written several publications, including the bestselling? , Success for Hire, MillennialTweet, New Job, Blind Areas, along with New You.

Considering serving as a member of Company Roundtable's Springboard Project, that advised the Obama government on current workplace issues, Alexandra made the critically acclaimed JobSTART 101, a free online course that prepares college students and students for the challenges of the office, and a U.S. Department of Labor course that helps military veterans transition to the civilian work force.

Alexandra is also a regular national media spokesperson and is regularly featured in outlets such as the New York Times, USA Today, National Public Radio, CNN, ABC News, CNBC, Forbes, the Associated Press, and Glamour. An American Management Association Top Business Leader for 2014, she was named Money Magazine's Online Career Expert of the Year and also also the author of one of Forbes' Greatest websites.

A member of the Northwestern University Council of 100 and the Young Entrepreneur Council, Alexandra just acquired the prestigious Emerging Leader Award from the alma mater. The award honors a Northwestern grad under 35 who had left a significant impact in society and in her area.

Alexandra Levit has 2 products available for sale in the category of Books.

Alexandra Levit is rated 8 out of 10 based on 83 reviews.