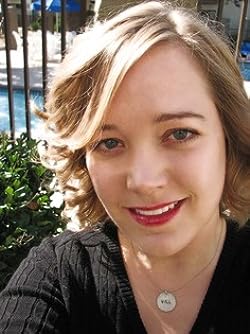 Cynthia Hand grew up in southeast Idaho, just outside the town of Idaho Falls. From as far back as she can remember, she loved reading and books, and wrote her first short story (about a fairy tale being born at a tulip) if she was about six years old—pretty much as soon as she could compose. Her second grade teacher, Mrs. Widdison, told Cynthia that she ’d be a writer some day, also Cynthia believed that her. She kept writing stories throughout grade school, the majority of them exceptionally fantastical musings on unnatural creatures or beings, none of which won the annual short story competition by which the author got to fulfill Kenneth Thomasma,the author of among Cynthia’s favorite books, Naya Nuki. Cynthia learned early that if you wished to win the writing contest, you should write stories about that time that your parents got their car stuck in the snow across the side of a mountain just before dark. You shouldn't write about a bunch of unicorns struggling to take over a island from an alien invasion. Cynthia kept writing about unicorns anyway.

In middle school and higher school, she and her friends formed a writing group that wrote fan fiction about their favourite novels and movies. Each person in the group invented a new character in the decided-upon world (they wrote about Elfquest, Vampire Hunter D, X-Men, Mercedes Lackey's Valdemar series, Anne McCafferty's Pern series, Star Wars, along with SeaQuest (anyone recall SeaQuest?) And composed exclusively from that character’s perspective, sharing their own writing as they went, collectively forming what happened to these characters. Early on Cynthia was appointed that the “Writer” of the work, meaning she collected it all, typed it and then edited it. She loved and maybe abused her power with all the red pencil.

In middle school and high school Cynthia too, on top of All of the fan-fic composing, took piano lessons, danced ballet and tap, ra

Cynthia Hand has 2 products available for sale in the category of Paid in Kindle Store.