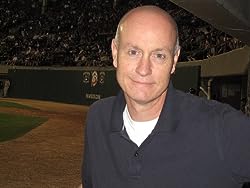 Dan Barry writes the "This Land’’ column for The New York Times, a characteristic he inaugurated in January of 2007. In traveling to all 50 states, he's, among other adventures, witnessed an execution in Tennessee, seen a Yup’ik village in western Alaska, also interviewed Meinhardt Raabe, who also played the Munchkin coroner at "The Wizard of Oz,’’ in Jacksonville, Fl. Once, while on a boat to report about the Asian carp that jump from the Illinois River by the thousands, a few of those projectiles hit him; he has since recovered, even although flashbacks remain a problem.
Barry joined the Times in September 1995. Since then he's held several positions at the Times, such as Long Island agency chief (where he oversaw a staff of two( including himself), City Hall bureau chief, and, from June 2003 until November 2006, the "Around New York’’ columnist. He had been a major contributor to the paper’s protection of the Sept. 11 catastrophe and its aftermath, as well as its coverage of New Orleans and the Gulf Coast in the aftermath of Hurricane Katrina.
Produced in Jackson Heights, Queens, in 1958, he grew up in Deer Park – Exit 51 on the Long Island Expressway. Noreen, his mother, was County Galway she could spin a story of Homeric proportion out of a trip to get a quart of milk. Gene, his father, had been New York City; against working people from a trip he could find evidence of a conspiracy.
Barry graduated from St. Bonaventure University with a mentor’s diploma in journalism, then dug ditches and worked at Long Island delicatessens before earning a master’s degree in journalism from New York University -- after which he dug some more ditches. He went to work at Manchester, Conn., where he sprayed one too board

Dan Barry has 4 products available for sale in the category of Books.