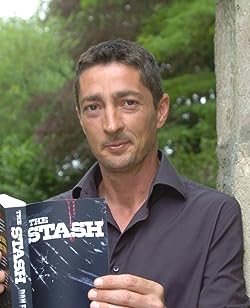 Dan Fletcher was brought up in Africa and has lived in South Africa, Swaziland, Zimbabwe and Nigeria, as well as Canada, Spain and the UK.

Writer of DAWN OF DECEPTION along with THE STASH, his love for thrillers began at an early age due to the lack of almost any TV. Dan is living in Wiltshire with his spouse Clare along with their 6 kids.

A note about the David Nbeke Series:
Dawn of Deception is a publication which I spent years studying and writing that delves into the world of international poaching syndicates and governmental corruption in Kenya. The historical background of cultural cleansing and the offender procedures employed are true, well recorded and unfortunately continue now.

David Nbeke along with also the other characters are false, although the evil mastermind Maliki is based on a person I met at Nairobi who'd failed the lion search, bore the scars, and been ostracized from his tribe - unlike Maliki he had been a warm and gentle soul. Although the history provides the characters more detail and motivation this is in essence a high-octane thriller since David Nbeke fights for his own survival.

At the movie, DIVIDED THEY FALL, David teams up with Clarissa May of the CIA to fight terrorists intending to blow off the American Embassies in Nairobi & Dar es Salaam - expected to be published this summer!

I hope you like reading life span of Deception and the remaining part of the show as much as I have enjoyed writing them!

All of the top,
Dan

Dan Fletcher has 1 products available for sale in the category of Paid in Kindle Store.