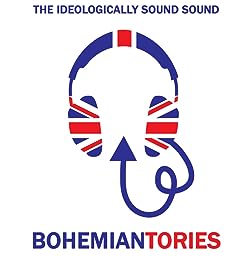 Dan LeRoy is a writer, journalist and teacher who has written for The New York Times, Rolling Stone, Newsweek, The Village Voice, Alternative Press, Esquire.com along with National Review Online. Mr. LeRoy is certainly the only real person in history to have contributed to books founded by William F. Buckley, Jr. and by Gene Simmons of KISS.

He has written three novels: one about the Beastie Boys classic Paul's Boutique, for Continuum's 33 1/3 show, and also one about famous unreleased albums, The Greatest Music Never Sold. His book For Whom the Cowbell Tolls, written with Peter Relic, was published in 2014.

Mr. LeRoy is the manager of literary arts in Lincoln Park Performing Arts Charter School, near Pittsburgh, PA.. He is also part of the soul-jazz team Bohemian Tories, whose debut album, iCons, premiered in August 2013. Hear more in https://soundcloud.com/bohemiantories

Dan LeRoy has 1 products available for sale in the category of Books.