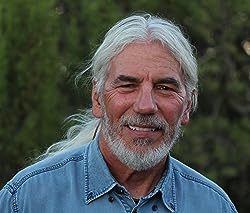 I’m a writer and former professor, born and raised in Louisiana however a resident of the American West – West Texas, Montana, today the Santa Fe region of Northern New Mexico – to get over 35 decadesago I spent most of my university career at the University of Montana in Missoula, where I was A. B. Hammond Professor of the History of the American West. A writing career that has so far produced ten novels began with a significant book on western exploration, followed by a single on Indian dealers at the Southwest. I moved on to write a few creative nonfiction and historical novels about places in the American West, from the Llano Estacado and the neighboring Southwest into the Rocky Mountains and Wonderful Plains. Along the way I also wrote a novel on the musicians and musicians of the Northern Rocky Mountains, also teamed up with artist Amy Winton to get a book of my photographs and her pastels of the canyons of West Texas. More recently, with my own Amazon Bestseller, American Serengeti, and my New York Times Bestseller, Coyote America – equally books printed in 2016 – my own focus has been nature writing and the “biographies” of animals including bison, wolves, and wild horses, and also notably the epic story of North America’s very fascinating and today most prevalent little wolf, the coyote. My essays and articles about the environment, art, and civilization of the West have appeared in the New York Times, the Los Angeles Times, the Chicago Tribune, Texas Monthly, Orion, New Mexico Magazine, Wild West, Southwest Art, High Country News, as well as The Big Sky Journal, I wrote a column, “Pictures of the American West,” for eight Decades. My books and articles have been admired from the PEN America Literary Prizes, the Western Writers of America, the Western History Association, the Western Heritage Center, the Center for Great Plains Studies, the High Plains Book Awards, the Montana Book awards, the Oklahoma Book Awards

Dan Flores has 2 products available for sale in the category of Books.