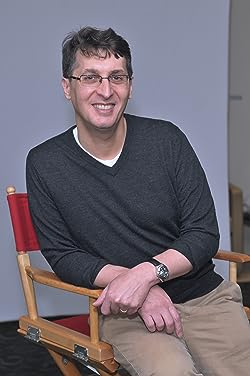 David Browne is currently a contributing editor at Rolling Stone, and his work has appeared in Time, the New York Times, Spin, the New Republic, Men's Journal, the Huffington Post, and numerous other outlets. For many years he had been the music critic at the New York Daily News and then Entertainment Weekly, at which, among other endeavors, he worked as a roadie for Rogue, shared a bagel with Leonard Cohen in Cohen's Montreal home, and spent time around the tour buses together with Coldplay and the Black Crowes.

"Dream Brother" was translated into Italian and French and has been optioned as source material for a significant feature film on the life span of Jeff Buckley, for which Browne is going to be a consultant. "Goodbye 20th Century" has been hailed as "an expressway into the soul of of the influential group" by Vanity Fair, "a rollicking, epic biography" by Salon, also "compulsively readable" by Publishers Weekly. It has also been published with a Japanese edition forthcoming, in the UK and Germany.

He is the recipient of a Music Journalism Award for criticism. Born and raised in New Jersey, not far from Bruce Springsteen land, he lives and works in New York City. He's got a jones for non-fiction novels sci-fi and horror movies, and those Girl Scout cookies, in no particular order.

David Browne has 2 products available for sale in the category of Books.