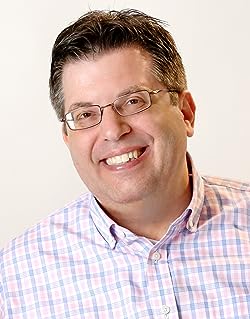 After a few years practicing law, '' Bernstein joined the faculty of the George Mason University School of Law in Arlington, Virginia, where he's been teaching since 1995, and also at which he is now the GMU Foundation professor.

Bernstein has written on a broad assortment of legal issues, including trash science in American courtrooms, affirmative actions, conflicts between antidiscrimination legislation and civil liberties, the lawful response to Soviet spying in the U.S. after World War II, anti-Western and anti-Israeli ideology masquerading as international law, and more. He blogs to get the Volokh Conspiracy in the Washington Post.

In the academic world, Bernstein is perhaps best know for his rewriting the normal history of this so-called Lochner era, the period of the early twentieth century when the Supreme Court attempted (in vain) to keep government within preexisting bounds as traditionally understood. Bernstein's publications and articles on the subject suggest that "Lochner-era" Supreme Court decisions were subject to unjust and incorrect caricature by generations of historians who browse the choices through the lens of modern literary ideology, instead of understanding them in their own terms within their historical context.

Bernstein's novels include Rehabilitating Lochner: Defending Individual Rights from Progressive Reform; You Can't Say That! The Growing Threat to Civil Liberties from Antidiscrimination Laws; The New Wigmore: Expert Evidence (co-author); Only One Place of Redress: African Americans, Labor Regulations and the Courts from Reconstruction to the New Deal; and Lawless: The Obama Administration's Unprecedented Assault on th

David E. Bernstein has 1 products available for sale in the category of Books.