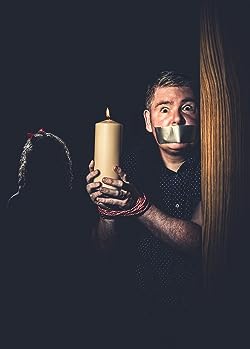 Darren Shan's actual name is Darren O'Shaughnessy (conspicuous O-Shock-Nessy, although it can also be declared O-Shawn-Essy or even O-Shan-essy). Although he is Irish, he had been born in 1972 in London. He moved into Limerick in Ireland with his parents and younger brother after he was six, and has lived there ever since.

Darren always wanted to be a writer. He bought his first typewriter when he was two and never looked back. He enjoyed his first taste of literary victory in fifteen, as a runner-up at a television script-writing contest for RTE in Ireland, using a dark humor script titled A Day in the Morgue.

Darren was seventeen when he completed his first (unpublished) novel, and wrote tons more unpublished novels over the upcoming several decades. All of his early novels were adult-oriented. Although Darren enjoyed the concept of writing a children's book one day, he believed himself an adult author first and foremost, along with his initial breakthrough was having an adult publication, in 1999, branded Ayuamarca (because re-released as Procession of the Dead).

Back in January 2000, Darren's first children's book, Cirque du Freak, has been published. The very first publication in a series titled that the Cirque du Freak series (The Saga of Darren Shan in the UK), which attracted rave reviews and an ever-growing army of fans called the Shansters! For the next few years Darren focused exclusively on his novels to younger readers. First, he composed a total of twelve novels about witches.

He followed up his vampire saga using The Demonata, a series about demons. Running into ten novels generally, The Demonata cemented Shan's place as the Master Of Children's Horror.

Then came The Lean Executioner, a one time fantasy novel, which Darren has cited as his favourite from all his books.

Next he composed The Saga Of Larten Crepsley, a four book prequel series to his first vampire saga.

Most recently Darren has wri

Darren Shan has 3 products available for sale in the category of Books.