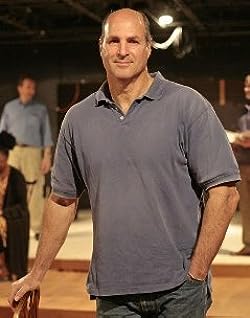 David L. Robbins was born in Richmond, Virginia, on March 10, 1954. He climbed up in Sandston, a small city east of Richmond out from the airport his dad was among the very first to sit down behind the brand new radar range at the air traffic control tower. Both his parents, Sam and Carol, were veterans of WWII. Sam saw action from the Pacific, particularly at Pearl Harbor.


Back in 1976, David collaborated with a B.A. in Theater and Speech from the College of William & Mary in Williamsburg, Virginia. Having small real theatrical ability, he didn't understand what to do for a living. David made a decision to attend what he calls the "good catch-basin of unfocused over-achievers": law school. He obtained his Juris Doctorate in William and Mary in 1980, then practiced environmental law in Columbia, S.C. for just a year (his dad demanded back the money for law school if David practiced less than 1 year - he stopped two weeks prior to the anniversary but obtained Sam to agree the two months' vacation David had accumulated could be included). David chose to attend Psychology faculty, obtaining an affinity for people's reports along with also a fascination with woe. But while waiting for admisison in 1981, he began a successful freelance writing career. He started writing fiction in 1997, and has since released twelve novels. He's now working on the thirteenth, the fourth at his own U.S. Air Force Pararescuemen series, in addition to several scripts to the stage and screen. He has won awards for his essays and screenplays, also has had three point plays produced.


David is an accomplished guitarist, studying the works of James Taylor and Latin classical. In six feet six inches tall, he remains active with all his sailboat, shooting sporting clays, weightlifting, travel to research his books. He's the founder of the James River Writers (Jamesriverwriters.org) a non-profit set in his hometown of Richmond that helps aspirin

David L. Robbins has 3 products available for sale in the category of Books.