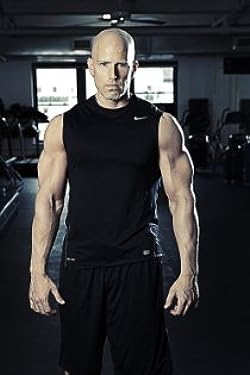 Dan Trink is the manager of coaching operations at Peak Performance at New York City, in which he trains a complete roster of clients and athletes. He also sits on the advisory board for "Men’s Fitness" magazine in the class of sport performance.

Trink is a certified strength and conditioning specialist (CSCS), the maximum level of certification directed by the National Strength and Conditioning Association (NSCA), and also can be a USA Weightlifting (USAW) game performance coach. He also earned a level 3 certificate in the Poliquin International Certification Program, an honor reserved for coaches who've coached athletes in the tournament level and have put in the top 10 percent in their events.

A member of the International Society of Sports Nutrition, Trink was among the first group to obtain the Precision Nutrition Sports and Exercise Nutrition Certification and is a modulation professional for BioSignature, a nutrition and lifestyle strategy which optimizes hormonal equilibrium in customers and athletes.

Trink has published articles and has also been mentioned as a resource for major health and fitness websites and magazines, such as "Men’s Fitness," "Greatist," "T-Nation," "Livestrong," "Bliss Tree," and also "Refinery 29." His name has emerged from the "Huffington Post" and other general media outlets.

Trink also advocates for the Personal Trainer Development Center (PTDC), an international organization whose mission is to enhance the quality of the private training business. As a network specialist, he supplies approval and verification for articles submitted to this "Greatist" wellness and fitness site.

Dan Trink has 1 products available for sale in the category of Books.