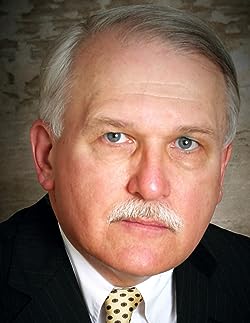 Called one "of their best historians in the USA," "among the wonderful political leaders of all time," and "the undisputed champion of chronicling American Presidential campaigns." David Pietrusza has produced numerous critically-acclaimed works concerning 20th century history. Critics have compared his work to that of Eric Larson, H. L. Mencken, Theodore H. White, Edmund Morris, H. R. Brands, and Doris Kearns Goodwin.

His "1948: Harry Truman's Improbable Victory and the Year which Transformed America," a study of the dramatic 1948 presidential campaign, is a selection of the History Book Club, the Book-of-the-Month Club, along with the Literary Guild.

ForeWord Magazine designated his publication "1960: LBJ vs JFK vs Nixon: The Epic Campaign that spanned Three Presidencies" as one of the finest political biographies. Pulitzer Prize winner Robert Caro has named "1960" "terrific."

Pietrusza's "1920: The Year of the Six Presidents" received a Kirkus starred review, was honored as a Kirkus "Best Novels of 2007" title, and was named an alternate selection of the History Book Club. Historian Richard Norton Smith has recorded "1920: The Year of Six Presidents" as being among the greatest studies of presidential campaigns. The Wall Street Journal ranked "1920" as one of the Five Best Books on Political Campaigns ("broad, liquid brush strokes ... a brisk narrative")

David Pietrusza has 1 products available for sale in the category of Books.

David Pietrusza is rated 6 out of 10 based on 3 reviews.