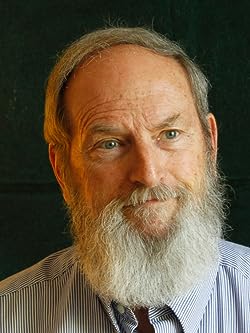 Pulitzer Prize-Winning Author and Former Foreign
Correspondent of The New York Times
Writes on line in The Shipler Report, http://shiplerreport.blogspot.com/

From 1973-75 served as a New York Times correspondent in Saigon, covering South Vietnam, Cambodia, Laos and Thailand. Reported from Burma.

Spent a semester in 1975 in the Russian Institute of Columbia U. studying Russian language and Soviet politics, economics and history to Get Ready for mission in Moscow. Correspondent in Moscow Bureau for 3 Decades, 1975-79; Moscow Bureau Chief from 1977-79. Wrote the best-seller Russia: Broken Idols, Solemn Dreams updated in 1989, that won the Overseas Press Club Award on foreign affairs as the publication in 1983.

From 1979-84, served as Bureau Chief of The New York Times at Jerusalem. Was co-recipient (together with Thomas Friedman) of the 1983 George Polk Award for masking Lebanon War.

Spent a year, 1984-85, as a visiting scholar at the Brookings Institution in Washington to compose Arab and Jew: Wounded Spirits in a Promised Land, which investigates the mutual perceptions and relationships between Arabs and Jews in Israel and the West Bank. The book won the 1987 Pulitzer Prize for general nonfiction and has been extensively revised and upgraded in 2002. Was executive producer, author and narrator of a two-hour PBS documentary on Arab and Jew, which won a 1990 award for broadcast journalism, an

David K. Shipler has 1 products available for sale in the category of Paid in Kindle Store.