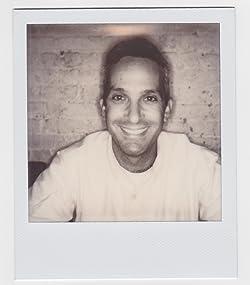 David Sax is author and a journalist specializing in business and tradition.

His writing appears regularly in Bloomberg Businessweek, The New Yorker online, and other books. David's first book, rescue the Deli: In Search of Perfect Pastrami, Crusty Rye, and also the Heart of Jewish Delicatessen and won a James Beard Award for both literature and writing, in Addition to other awards along with also the compliments everywhere. His book is The Tastemakers: Why We're Crazy to Cronuts but Fed Up with Fondue, which can be chronicles how food tendencies emerge, grow, and finally make a difference on the planet. Because he had been 2, or three, he has been eating cupcakes, he really can't recall.

David's latest book, The Annals of Analog: Actual Things and Why They Matter examines the resurgence of analog products and ideas, during a period when we supposed digital would conquer all. It's available in various formats, however, especially in newspaper.

He resides in Toronto, Canada with his beautiful family.

David Sax has 2 products available for sale in the category of Books.