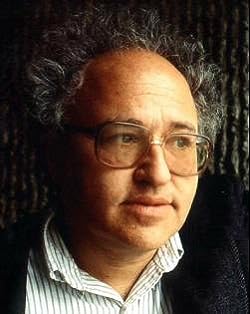 I'm an academic economist presently used as a law professor, but I have never taken a course for credit in either area. My specialization, insofar as I have one, is that the economic analysis of legislation, the topic of my book _Law's Order_.

In recent years I have created and taught two new law faculty conventions in Santa Clara University. One was on legal issues of the 21st century, even talking revolutions which may occur as a result of technological change over the upcoming few decades. Interested readers can find its contents in the manuscript of _Future Imperfect_, connected to my web page. Topics contained encryption, genetic technology, surveillance, and many others. Another seminar, that I am currently teaching, is on legal systems quite different from ours. Its topics included the legal systems of contemporary gypsies, Imperial China, Ancient Athens, the Cheyenne Indians, ... . My website has a hyperlink to the seminar web page.

I have been involved in recreational medievalism, via the Society for Creative Anachronism, for over thirty years. My interests there consist of cooking out of medieval cookbooks, making medieval jewelery, telling ancient stories around a campfire creating a believable medieval islamic persona and fighting shield and sword. My spouse and I've self-published two novels coming out of the hobby, _A Miscellany_ and _How to Milk an Almond, Stuff that an Egg and Armor that a Turnip: A Thousand Years of Recipes_.

My participation with libertarianism goes even farther. Among other things I have written about the chance of replacing authorities with private institutions to enforce consent and settle disputes, a job sometimes labelled "anarcho-capitalism" and explored in my first publication, _The Machinery of Freedom_, published in 1972 and in print.

My very first novel was _Harald_, published by Baen books. The Majority of my interests feed in 1 way or another

David D. Friedman has 1 products available for sale in the category of Books.