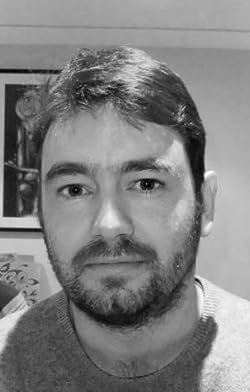 I'm an English writer and writer, addicted to background for as long as I can recall. I spent a lot of my childhood yanking my parents down and up ruined castles in Wales, and the medieval period has ever held a particular fascination for me. I am also considering the Roman period, the Dark Ages and the British Civil Wars of the 17th century.

My standalone book, The Half-Hanged Man, has been educated in the point of view of 3 characters and concentrated on the mercenary Free Firms that plagued Christendom at the latter half of the 14th century.

The White Hawk is a 3-part series place through The Wars of the Roses, chronicling the adventures of the Boltons, a bunch of minor Staffordshire gentry, since they attempt to survive this dangerous and bloody period of history.

Caesar's Sword tells the story of Coel ap Amhar, King Arthur's bastard grandson, and his experiences in the glittering, deadly setting of Constantinople along with the late Roman Empire. I also have written four volumes of an Arthurian show, titled Leader of Battles, which act as loose prequels into Caesar's Sword.

Fireship Press have published Nowhere Are There Peace, '' a tale of espionage and power politics place through The Second Baron's War, shortly after the Battle of Evesham.

I am currently working on a brand new series titled Soldier of Fortune, chronicling the adventures of John Page, an English poet and soldier in the early 15th century, and contemplating a post on Robin Hood and other medieval outlaws.

That I also have written a collection of fantasy books with my friend and co-writer, Martin Bolton. They are placed at the fictional world of The World Apparent, and to date two books have been published: The Best Weapon and Sorrow. A third book is plann

David Pilling has 2 products available for sale in the category of Books.