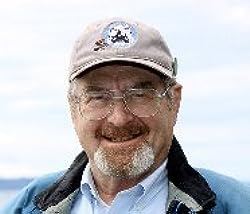 David L. Hough (pronounced "huff") along with his wife Diana live in the Port Angeles area of Washington State, approximately 80 kilometers north of Seattle. They've toured on both two and three-wheeled motorcycles.
Dave acquired motorcycling in 1965 as a way to commute to work. However he found that there was information readily available to aid a new motorcyclist. So he started collecting that which he can find, and following several years started discussing "safety tips" with the Boeing Employees' Motorcycle Club.
That led to a long career of writing skills information for Road Rider magazine, Motorcycle Consumer News, BMW Owners News, BMW Motorcycle Magazine, and other industrial magazines. In 2000, after 40+ years of writing and riding, Hough picked the finest of his work for book as the book "Proficient Motorcycling", accompanied closely by two other books, "Street Strategies" and "More Proficient Motorcycling." Proficient Motorcycling is currently in it's second version in English, and can be printed in Russian, German, and Polish. More Proficient Motorcycling has been extensively updated and now has the name "Mastering the Ride."
To help addicts understand how to manage a sidecar mix Dave wrote the novel "Driving A Sidecar Outfit", which later evolved to the Sidecar/Trike Education Program currently in use nationally.
At 2013, together with 48 years and over a million miles of motorcycling experience, David composed a new novel, "The Good Rider." "Street Strategies" was totally assessed in 2014, reformatted into a useful pocket-sized booklet, and renamed "Street Rider's Guide."
Hough is one of only a Couple of motorcycle journalists that has also been a certified motorcycle safety instructor, and it is possibly the only journalist on Earth who's successfully designed and educated both jelqing and three-wheeled mot

David L. Hough has 4 products available for sale in the category of Paid in Kindle Store.