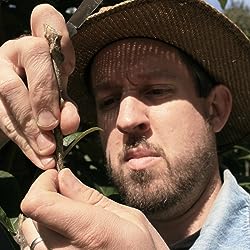 Food is an obsession for David The Good. He assesses crops, experiments with fertilizers, writes widely on his results and analyzes returns. Along the way, he's planted a huge variety of global root plants, generated two food woods (and aided with three more) in two individual climates, pored over thousands of pages of esoteric gardening texts, and also eventually become a sought-after specialist in gardening and preparedness circles.

As a result of great parents who encouraged his writing and gardening abilities, he stumbled on the idea of natural food production in a youthful age, putting his first garden in age six. Since then he's spent decades at the backyard and shared his wisdom with many tens of thousands of subscribers in publications which range from Mother Earth News to Natural Awakenings to The Prepper Project.

David currently has over 15 garden beds, an experimental tropical food woods at the southern tip of Florida, also a plant nursery and over 100 fruit trees along with a baffling selection of edible and useful perennials. He has also invested many hours analyzing gardening resources and solutions for grid-down scenarios.

He is also the husband of this lovely Rachel Goodman, that homeschools their children while trying to feed them all on the baffling selection of strange and experimental plants constantly making their way into the kitchen.

David's daily gardening hints and wisdom can be found online at www.thesurvivalgardener.com.

David the Good has 5 products available for sale in the category of Paid in Kindle Store.