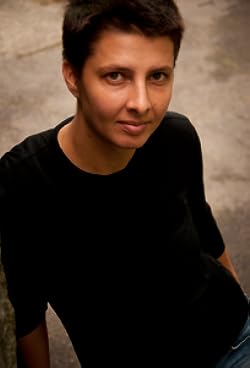 Dawn Paley is a journalist from Vancouver, BC (Coast Salish territories).

She's written for magazines and newspapers such as the The Guardian, Vancouver Sun, The Globe and Mail, BC Business Magazine, The Nation, The Dominion, Ms. Magazine, The Tyee, the Georgia Straight, Briarpatch, NACLA Reports, This Magazine, and Canadian Dimension, Counterpunch, The Vue Weekly, Watershed Sentinel and also Upside Down World. Her work in television and radio was showcased on Democracy Now! , Free Speech Radio News, and CBC Radio.

Dawn is currently a doctoral student in the Meritorious Autonomous University of Puebla in Mexico. Her doctoral research is focused on also the war and clandestine mass graves on drugs from Mexico.

In 2010, Dawn completed her Masters in Journalism at the University of British Columbia. Her thesis project suggests that journalists should study transnational theory as a prerequisite for accountable foreign correspondence, and assesses the creation and development of the elite in relation to the 2009 coup d'etat as a case analysis. Dawn has First Nations Studies from Simon Fraser University and a Bachelor's degree in Women's Studies. She's currently a student mentor at the Department of Geography at UBC.

Morning has reported on the extractive industries, commerce, and organized crime against off the map hotspots during the Americas. Over the last couple of years, she's filed against southwest Colombia, Guatemala, pre- and post-coup Honduras, and northeast Mexico.

Morning is a contributing editor with The Dominion, Canada's only independent information cooperative, and a co-founder of the Vancouver Media Co-op. She teaches community journalism courses.

At 2008, Morning worked as an assistant producer on the award winning feature documentary Beneath Rich Earth, taken at the

Dawn Paley has 1 products available for sale in the category of Books.