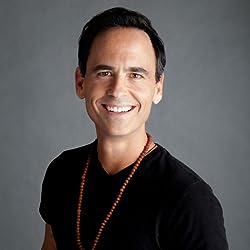 After a life-changing near-death experience, Derek Rydall seriously thought about becoming a monk, then a minister, then cloistered himself into his flat without TV or news and meditated for many years -- eventually emerging to become a licensed integrative therapist and adopt a monk (that's another tale). He moved on to train leading executives at Fortune 500 companies (such as American Express, Disney, Carrier, Hartford Insurance, and CBS) in relationship-building and deeper communication, coach thousands of musicians and entertainment professionals about how to create more educated amusement, also has worked with a diverse variety of people around the planet, assisting them to live a more passionate, purposeful life.

As a writer, Derek has written three novels, Emergence - Seven Steps To Radical Life Change, and the Amazon best-sellers "I Could've Written a Better Movie than that!" (Michael Wiese, March 2006) and "There's No Business Like Soul Business: A Spiritual Path to Enlightened Screenwriting, Filmmaking, and Performing Arts" (Michael Wiese, Feb. 2007), as well as articles for offline and online magazines such as Spirituality & Health, The Writers Store, Inktip, Pen & Quill, Script, and much more. As a professional screenwriter, he has sold or been hired to grow over 20 feature film screenplays and a dozen hours of TV (with studios such as Fox, Universal, Sony, MPCA, UA, Disney, Miramax, and indy manufacturers). As an actor, Derek has starred in films and TV shows.

As a spiritual practitioner and teacher, Derek has held leadership positions at Agape International Truth Center, one of the country's largest and fastest growing religious communities with over 10,000 members along with a huge worldwide community. He has been a celebrity speaker in the top entertainment expos, directed sold-out classes at The Learning Annex, attracted standing-room only audiences at events from the U.S. and abroad, don

Derek Rydall has 2 products available for sale in the category of Paid in Kindle Store.