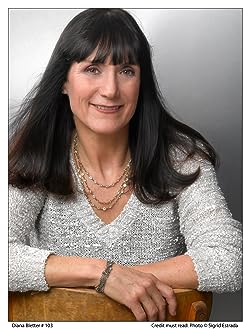 Diana Bletter is the author of the book, A Remarkable Kindness (HarperCollins, August 2015). Her first book, The Invisible Thread: A Portrait of Jewish American Women, (composed in collaboration with prize-winning photographer Lori Grinker) was nominated for a National Jewish Book Award. Her self-published memoir, The Mother Who Took Away On Her Motorcycle, was showcased on The Jerusalem Post and www.hairpin.com.
Diana's writing has appeared in The New York Times, The Wall Street Journal, International Herald Tribune, Glamour, beliefnet.com, tabletmag.org, The Forward, The European Review, The Reading Room, Huffington Post and has been anthologized. Her story, "One Kiss, One Baby, One God," appeared in Commentary Magazine, January 2015. She's also First Prize winner of Family Circle Magazine's 2011 Fiction Contest.
Diana grew up on Long Island and attended Cornell University. She moved on to function for papers and magazines, including National Lampoon, after graduating with distinction. A wanderer who likes the life, she's lived in Paris and Rome and now makes her home at a small beach village around the Mediterranean Sea in northern Israel where she and her husband raised six children and an unofficially adopted daughter.
Diana is a part of a burial ring, also drew on her personal experiences within her novel, A Dramatic Kindness. She also engages in an Jewish-Muslim-Druze-Christian women’ group in Israel devoted to forging connections remaining idealistic regarding hope for peace despite all evidence to the contrary. A tomboy that increases trees snowboards and participates at triathlons, she speaks French, Italian, Spanish, Yiddish and Hebrew and is learning Arabic, committed to speaking as numerous languages as possible with the Americano accent.
Find out more about Diana Bl

Diana Bletter has 1 products available for sale in the category of Books.