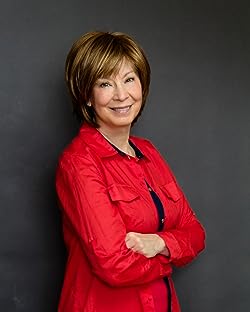 Diane Chamberlain is the New York Times, USA Today and Sunday Times bestselling author of 24 novels published in more than twenty languages. Some of her most popular books comprise Desired Lies, The Silent Sister, The Secret Life of CeeCee Wilkes, and The Keeper of the Light Trilogy. Diane likes to write complicated stories about relationships between men and women, parents and children, brothers and sisters, and friends. Even though the thematic focus of her books frequently revolves around family, love, empathy and humour, her stories usually include a mixture of drama, mystery, secrets and intrigue. Diane's history in psychology has given her a keen interest in knowing how people tick, as well as the background required to make her characters that are realistic.

Diane was born and raised in Plainfield, New Jersey and spent her summers at the Jersey Shore. She also lived for many years at San Diego and northern Virginia before creating North Carolina her property.

Diane received her bachelor's and master's degrees in clinical social work from San Diego State University. Prior to her writing career, Diane worked at hospitals in San Diego and Washington, D.C. before opening a private psychotherapy practice in Alexandria Virginia specializing in teens. All the while Diane was composing on the other side. Her first publication, Private Relations was published in 1989 and it earned the RITA award for Best Single Title Contemporary Book.
Diane lives with her spouse, photographer John Pagliuca, and also her sheltie, Cole. She has three stepdaughters, two sons-in-law, and four grandchildren. She's now at work on her second book.

Please see Diane's website at www.dianechamberlain.com to learn more on her latest novel, Pretending to Dance, along with a whole list of her books.

Diane Chamberlain has 12 products available for sale in the category of Paid in Kindle Store.