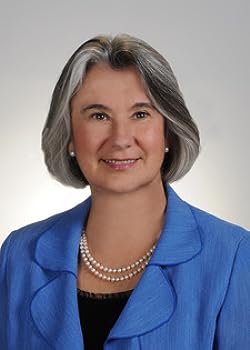 Diana Whitney, Ph.D. is President of Corporation for Positive Change, a consulting firm devoted to the creation of collaborative advantage and life supporting associations. She is an internationally recognized consultant, keynote speaker, and thought leader on Appreciative Inquiry, favorable shift, Appreciative Leadership and spirituality at work. Diana is a fellow of the World Business Academy, also a Distinguished Consulting Faculty by Saybrook University, and a founder of the Taos Institute.
She is a coauthor or coeditor of fifteen books and dozens of articles, along with chapters including The Power of Appreciative Inquiry (with Amanda Trosten-Bloom), The Appreciative Inquiry Handbook (together with David Cooperrider and Jackie Stavros), The Appreciative Inquiry Summit and her newest Appreciative Leadership: Focus on What Works to Push Winning Performance and Build a Thriving Organization. Diana is the 2004 recipient of the OD Network’s Larry Porter Award for contribution to the field of OD through writing.
Diana’so work is large scale and higher involvement, focusing on culture change, strategic planning, merger integration, union-management spouses and service excellence. Included among her customers are British Airways, CapGemini, Verizon, Glaxo Smithkline, PECO, NY Power Authority, Canadian School of Public Service, Merck, the Sisters of Good Shepherd and the University of Virginia Health System. Diana is a founding adviser and ongoing advisor to the United Religions Initiative, a global interfaith organization that exists in over 450 locations worldwide.

Diana lives in Chapel Hill, North Carolina and may be reached at diana@positivechange.org.

Diana Whitney has 2 products available for sale in the category of Books.