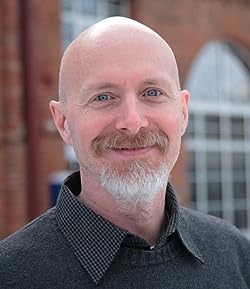 Derek Breen started his first job back in 1980 with the intention of saving up enough money to purchase his first computer. He purchased a Commodore 64 computer toward the end of sixth grade and spent all the summer prior to beginning junior high-definition sprites, studying the fundamental programming language and programming fundamental games.

Derek premiered into Scratch while working as a summer teacher for ID Tech Camp in MIT in 2011. While he can love how the software allowed younger kids to rapidly produce animation and simple games, the pixelated images and programming limitations kept him away from considering using it in the high school computer science courses he had been hired to teach that autumn.

Then Scratch 2.0 came together and his head was dismissed by each the possibilities. The accession of cloning, vector images and variables added sufficient power to make it a whole platform Adobe Flash for youngsters.

Derek is currently a founding member of the Instructional Design and Educational Media Association (IDIEM) and is currently a active member of the Scratch Educator (ScratchEd) community (scratched.gse.harvard.edu). Most recently, he was employed as a graphic designer about the StarLogo Nova project (www.slnova.org) at MIT, as a teaching fellow in Instructional Design in Harvard Extension faculty and as a curriculum developer for i2 Camp (www.i2camp.org).

Formerly, Derek worked as a computer science teacher at Prospect Hills Academy in Cambridge, Massachusetts, has been the owner/operator of Mod, also a cybercafé and digital learning centre at Charlottesville, Virginia, also served as a new media manufacturer for KCAL9-TV in Los Angeles, California.

Derek Breen has 2 products available for sale in the category of Paid in Kindle Store.