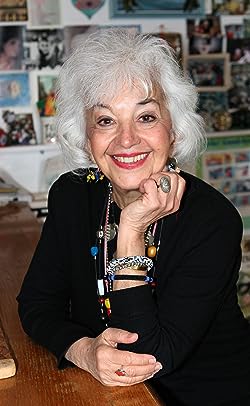 Aliki is the writer and illustrator of over fifty books for children that are treasured by readers all around the world. Her most well-loved titles include My Visit to the Zoo My Visit to the Aquarium, My Visit to the Dinosaurs, Wild and Woolly Mammoths, Tabby, and Those Summers. Aliki lives in London, England, near the Globe theater.

In Her Own Words..."Aliki grew up in Philadelphia at a big Greek family where everyone was busy making and sharing their own activities. She knew by the time she was in kindergarten that she wanted to bean performer, though music was likewise a pure talent. She was encouraged throughout her first life by her parents and by teachers she won't ever forget. "She graduated in the Philadelphia Collegeof Art and started a career in advertising art. After she married Franz Brandenberg, Aliki continued her profession within his nation, Switzerland, in which they lived for three decades. It was there that she first wrote and illustrated her first novel, The Story of William Tell, that was published in England. When they moved into New York, Aliki composed and exemplified My Five Senses--that the book that changed the direction of her career and her own life.

Although she had never thought of being a writer, Aliki was making books ever since. Children's novels, she says, are a blend of 2 things I love: words and pictures. In addition, I love the solitude of novels--both reading them and making them. Aliki writes fiction, where she can communicate her feelings, and nonfiction study publications about topics she is interested in and wishes to learn more about. Each book is a new challenge; each is different, she says. The subject directs the way I illustrate a novel, the same way friends bring out various sections of us. The challenge is to have the words and then to create images that expand and enhance their meaning." "Besides her own books, Aliki has shown many written by Franz

Aliki has 5 products available for sale in the category of Books.