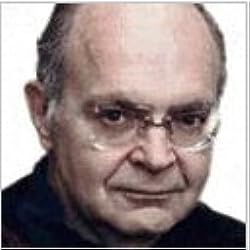 Donald E. Knuth was born on January 10, 1938 in Milwaukee, Wisconsin. He studied mathematics as an undergraduate at Case Institute of Technology, where he also wrote software. The Case faculty took the unprecedented step of awarding him a Master's degree together with all the B.S. he received in 1960. After graduate studies at California Institute of Technology, he received a Ph.D. in Mathematics in 1963 and then remained on the mathematics faculty. Throughout this time he continued to participate in software development, serving as consultant to Burroughs Corporation from 1960-1968 and as editor of Programming Languages for ACM publications from 1964-1967.

He joined Stanford University as Professor of Computer Science in 1968, and was appointed to Stanford's first endowed chair in computer science nine decades later. As a university professor he introduced many different new classes into the curriculum, notably Data Structures and Concrete Mathematics. In 1993 he became Professor Emeritus of The Art of Computer Programming. He's supervised the dissertations of 28 students.

Knuth began in 1962 to prepare textbooks about programming methods, and this work evolved into a projected seven-volume series entitled The Art of Computer Programming. Volumes 1-3 first appeared in 1968, 1969, and 1973. With these three in 1997, he is now working full time. Volume 4A appeared at the beginning of 2011. Over one million copies have already been printed, including translations into ten languages.

He took seven years off from this job to work on digital typography, developing the TeX system for document preparation and the METAFONT system for alphabet design. Noteworthy by-products of those activities were the WEB and CWEB languages for structured documentation, and the accompanying methodology of Literate Programming. TeX is now Utilized to

Donald E. Knuth has 9 products available for sale in the category of Book.