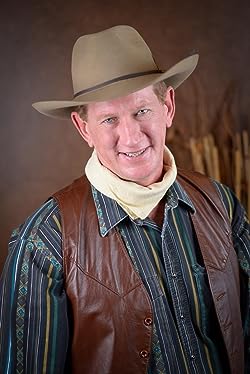 The bylines into the aforementioned, comprise both supporting and featured roles in over 100 television advertisements, instruction, promotional and industrial videos. He has appeared numerous productions, in a half dozen or so major motion images and contains over 200 voice-overs for his credit.

It is quite possible that there isn't any one else alive now, with the appearance, stature and sound that so closely resembles that of John Wayne.

Although his credits do not quite rival that of The Duke's over 170 movies just yet, Parker does have his fair share of voice and acting over achievements. His credits include, over one hundred commercials and training videos. A half dozen or so feature films, a number of stage productions and innumerable gigs.

Spanning some thirty decades, his Public Speaking and Emcee credits include everything from beauty pageants to large corporate conventions. Doug is no stranger to the entertainment scene.

He loves, an active life style in constant pursuit of his passions which include surfing, skiing, stand up paddling, scuba diving, hot tubbing, hammocking, and two or three successful jumps out of a perfectly good aircraft.

Doug The Duke Parker has 1 products available for sale in the category of Books.