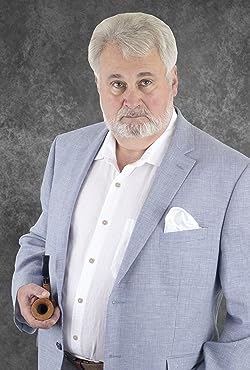 My name is Douglas Edwin Heritage. I began writing stories when I was in Junior High, none of which were published, so you can imagine how pleased I was when my novel was taken up by Atlantic Publishing, My Life as an OB-GYN, a Look Behind the Scenes.

For a teen, I needed to be a chemist but finished up as a Doctor of Medicine, then trained in and practiced Obstetrics and Gynecology. Within the course of that 40+ years, I have had many experiences - some humorous, some sad. My friends and family seemed to delight in those anecdotes, therefore that I 2015 I made a decision to formalize them as a publication. It starts with my job in a tobacco store which, oddly enough, led me to Medical School. I had a good deal of fun (as well as a whole lot of researching) in undergraduate school at the University of Maryland, though if I had been caught for a number of my own pranks I probably would have been expelled. I retained my sense of humor in the Medical College of Virginia persisted even and through my residency in my personal practice and as explained in a number of tales. All was not fun and games and I stumbled upon a number of events that are disturbing and sad as my training and career advancement. Every one of these stories are linked in my novel.

Medication and OB-GYN specifically were my primary concerns through the years, but I've had many other interests. I also took up once I moved to Woodbridge and combined a fencing club. I learned a airplane in the 1980's and flew solo cross-country. When they first came out, then proceeded on to Apple and PC machines I bought one of the very first home computers, a TRS 80. I also wrote a poker-playing app for my pals and learned to program. I had been introduced to the shooting sports by my med school classmate, Bob Fraker (who composed a Forward for my book) and have continued to like pistol, rifle and shotgun target shoot

Douglas Heritage has 1 products available for sale in the category of Books.

Douglas Heritage is rated 8 out of 10 based on 5 reviews.