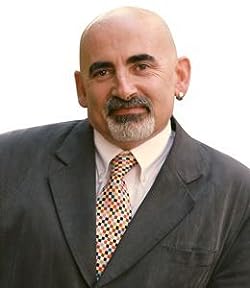 Dylan Wiliam, PhD, is a consultant who works with teachers all over the world to develop effective, research-based instruction. He's former deputy director (Provost) at the Institute of Education in the University of London. By teaching in urban public universities into directing a large-scale schooling plan into serving in university administration, his professional path has resulted in many different positions at the forefront of education.

After completing an undergraduate degree in science and mathematics, he taught math, science and English in private and urban public schools for eight years during which time he attained additional levels in mathematics and mathematics instruction. In 1984 he joined the faculty of Chelsea College, University of London, which later became part of King's College London. He worked on developing innovative assessment strategies in math prior to taking on the leadership of the College's math teacher preparation program.

By 1989 to 1991, Dr. Wiliam functioned as the academic coordinator of the Consortium for Assessment and Testing in Schools, which acquired Various assessments for the national curriculum of England and Wales. Then he returned to King's College to function as Dean of the School of Education before being promoted to assistant principal of the college. From 2003 to 2006 Dr. Wiliam was senior researcher director in the Educational Testing Service in Princeton, New Jersey.

During his academic career, he's written over 300 books, chapters and articles including a significant review of research on formative assessment coauthored with Paul Black. He abandoned the University of London at 2010 to concentrate on working more directly with teachers, and currently spends his time working with teachers all over the world on enhancing teaching and learning. He resides physically in Princeton, NJ and nearly at www.dylanwiliam.net. You can trace him at @dylanw Twitter

Dylan Wiliam has 3 products available for sale in the category of Books.