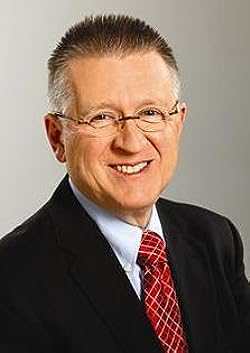 Dr. E. L. Lancaster is currently Vice President and Keyboard Editor-in-Chief of Alfred Music Publishing. He draws which range from students that are pre-school through doctoral candidates, to direct the Alfred keyboard catalog. Dr. Lancaster holds degrees from Murray (KY) State University, the University of Illinois, and a Ph.D. from Northwestern University.

From 1979 until 1998, Dr. Lancaster had been Professor of Music in the University of Oklahoma, Norman, where he taught classes in piano pedagogy and coordinated the team piano program. Dr. Lancaster established that the masters and doctoral programs in piano pedagogy at the University of Oklahoma in 1980 and served as Major Professor for more than 50 doctoral dissertations in this area. He taught students combining private instruction and group. Moreover, in 1981 to 1996, he and his spouse, Dr. Gayle Kowalchyk, worked with a sizable independent piano studio in Norman, Oklahoma.

Dr. Lancaster has served as National Chairman of Group Piano and National Chairman of Student Chapters to get MTNA. He's held offices at the National Conference on Piano Pedagogy, such as Chair of their Administration/Pedagogy Liaison Committee. Dr. Lancaster has received many teaching awards in the University of Oklahoma, such as the Regents Award for Superior Teaching (1984), '' Associated Distinguished Lectureship (1987), Provost's Outstanding Academic Advising Award (1996), and Outstanding Faculty Award in the College of Fine Arts (1996). In 1991 he was awarded a David Ross Boyd Professorship, named in honor of their OU president, awarded to faculty members who excel in counseling, teaching and counseling students.

E. L. Lancaster has 9 products available for sale in the category of Books.