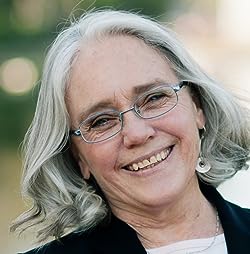 Edith Maxwell is an Agatha-nominated and nationwide bestselling mystery author who writes that the historical Quaker Midwife Mysteries. DELIVERING THE TRUTH, comprising a Quaker midwife sleuth at 1888, published in 2016 and has been nominated for an Agatha Award for Best Historical Mystery. Her story, "The Mayor and the Midwife," is the next Rose Carroll narrative to be nominated for an Agatha Award for Best Short Story. CALLED TO JUSTICE published in 2017.

As Maddie Day, Edith writes the Country Store Mysteries set in southern Indiana. WHEN THE GRITS HIT THE FAN released in 2017.

Edith's short stories have appeared in over a dozen juried anthologies and magazines. She's active in Mystery Writers of America and Sisters in Crime and is President of all SINC New England.

Edith, a fourth-generation Californian, has two grown sons and resides in a classic home north of Boston with her beau, their cats, a small organic garden, plus some striking garden statuary. She was employed as a software technical writer for nearly two years but now writes fiction full time.

It is possible to locate all Edith's identities in www.edithmaxwell.com. She blogs every week day with the other Wicked Cozy Authors at wickedcozyauthors.com, and after at month at killercharacters.com and midnightwriters.blogspot.com/. Look for her as Edith M. Maxwell and Maddie Day on F

Edith Maxwell has 2 products available for sale in the category of Books.