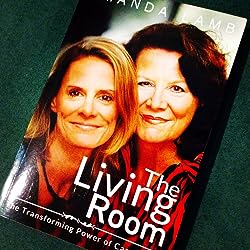 Amanda Lamb is an expert tv journalist, author, and mother. Amanda writes in 2 different genres: one which mirrors her own life as a news crime reporter, and you about her life at home. Currently, she has eight books in print.

Her newest title, "The Living Room" can be found on Amazon. It chronicles her day travel caring for her mother who had been diagnosed with a brain tumor at 2012. In the midst of the tragedy Amanda learns how to stay away from her dying mom. The darkness is tinged with mild as the departure of her mother becomes a party of a complete lifetime well-lived.

Back in February 2013, Thomas Nelson published Amanda's first children's book, "I Love You to God and rear." This sweet and beautifully illustrated picture book teaches children about the joys of maternity prayers. This publication compliments the mature variant of the book of the identical name published in April 2012. This publication takes parents on a yearlong journey as Amanda records and reflects upon her daughter's refusal.

Changing gears, "Love Affair" is her latest true crime book. It had been published by the Berkley Group in December 2011. It includes the story of a young mother whose husband said she went jogging and never returned home.

Through the day, Amanda is also a veteran crime writer for a award winning CBS television station in the Southeast, WRAL. She also writes a parenting website for WRAL every Monday called "Go Ask Mom."

Within her nearly twenty five years as a professional journalist, Amanda has acquired a reputation as the go-to reporter for networks seeking credible interviews and remarks about how high-profile murder cases in the southeast. She makes regular appearances on the Oxygen network and around offense magazine shows about CBS, FOX News, CNN, truTV, Discovery Investigates.

Amanda Lamb has 2 products available for sale in the category of Paid in Kindle Store.