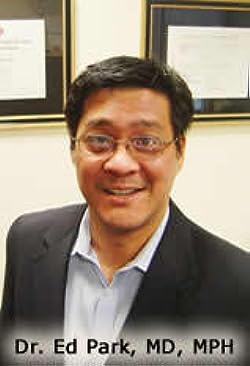 Dr. Ed Park, MD, MPH, is now a telomere and telomerase expert and founder of Recharge Biomedical. He graduated with honors from Harvard University with BA (Bachelor of Arts) in Biological Anthropology at 1989.

He completed internship and residency at Beth Israel Hospital, a teaching hospital of the Harvard Medical School in 1997.

Dr. Park has been an attending doctor in Obstetrics and Gynecology by Kaiser Permanante, Orange County, California from 1997-2001.

He became a Private Practice Ob-Gyn, Orange County, together with added services in Laser Aesthetics and Injectables at Cosmedique Laser Center

Dr. Park attended the Methuselah Foundation’s 2008 SENS seminar at UCLA. It featured from 34 of this world’s luminaries within the business of Anti-Aging.

Make Sure to get a copy of Dr. Park’s brand new novel, Telomere Timebombs: Defusing the Terror of Aging!

Edward Park has 1 products available for sale in the category of Books.