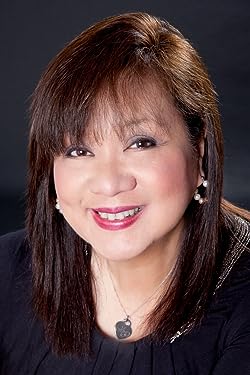 Elizabeth Ann Besa-Quirino is a celebrated winner of this Plaridel Writing awards for best in math, given by the Philippine-American Press Club in San Francisco, CA. Her meals essay “A Hundred Mangoes At a Bottle” has won a Doreen Gamboa Fernandez Food Writing Award. She has been an awardee of the FWN Filipina Women’s Network 100 Most Influential Women of the Planet in 2013.

Betty Ann, as she's fondly called is an author, writer, food writer, correspondent and sites about Filipino recipes onto her favorite site Asian in America (www.AsianInAmericaMag.com).

She wrote the cookbook "How to Cook Philippine Desserts: Cakes and Snacks" [Filipino Cookbook Recipes of Asian America]. She awakens the history book “Statesman and Survivor Elpidio Quirino, 6th President of the Philippines. She generated, illustrated and published “Color and Cook Food Coloring Book” on original Filipino food art. Both books are sold on Amazon.com.

She's a part of the International Association of Culinary Professionals and the Culinary Historians of the Philippines. Based in New Jersey, USA, Betty Ann travels often to the Philippines and throughout Asia in search of traditional recipes and stories about personalities and culture.

Elizabeth Ann Besa Quirino has 1 products available for sale in the category of Books.

Elizabeth Ann Besa Quirino is rated 10 out of 10 based on 3 reviews.