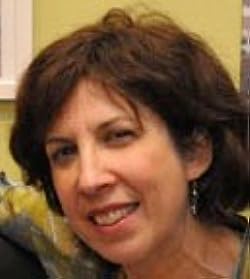 Elizabeth Sayles has shown more than 25 books for children such as "Moon Child"; "Five Little Kittens" and; "I Already Know I Love You" by Billy Crystal which was a NY Times #1 best-selling picture book. "The Goldfish Yawned", a winner of the Bank Street College Best Children's Book, 2005 (Henry Holt) is the first book that she wrote and illustrated.

Her latest publication is "Malala" that is released Jan. 2016 by Random House/Step to Reading.

She is also the co-author of "The Ghost Army of WWII: How One Best Secret Unit Deceived the Enemy with Inflatable Tanks, Audio Effects and Additional Audacious Fakery" The book has now been optioned by Bradley Cooper and Andrew Lazar (American Sniper) as a major motion picture. It is about an Army unit which her father was in through WWII.

Her work also has appeared on book jackets and in jobs for Lands' End, Peaceable Kingdom Press, American Girl and Sony/BMG Music, among others.

Her art has been on display in galleries and private collections Throughout the country and at the Society of Illustrators in NYC, Museum of Comic & Cartoon Art also in NYC, The New York Public Library and The Columbus Museum of Art in Ohio.

She's an adjunct professor in the School of Visual Arts in NYC and in the City University of New York/Queens College.

She lives at the lower Hudson Valley with her husband and his daughter.

Watch her work at www.elizabethsayles.com

Elizabeth Sayles has 2 products available for sale in the category of Books.