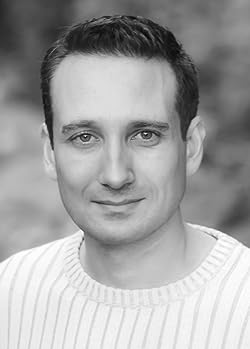 Elliot J. Gindis began out with AutoCAD professionally at a New York City neighborhood civil engineering company in September 1996, moving on to consulting job shortly afterward. He has since drafted in a wide variety of fields ranging from all parts of architecture and construction design to rail layout, and mechanical, electrical, civil, structural, aerospace. These assignments, including lengthy stays with IBM and Siemens Transportation Systems, totaled over 50 businesses.

In 1999, Elliot started teaching part-time in the Pratt Institute of Design, followed by positions in Netcom Information Systems, RoboTECH CAD Solutions, and much more recently in the New York Institute of Technology. Back in 2003, Elliot formed Vertical Technologies Consulting and Design (www.VTCDesign.com), an AutoCAD training firm that has been train corporate customers nationally in optimizing and using AutoCAD.

Elliot holds a mentor’s degree in aerospace engineering in Embry-Riddle Aeronautical University, and a master’so degree in technology management from Mercer University. As of 2016, he resides in the Los Angeles area and is a flight test engineer for the United States Air Force. He continues to be involved with education and CAD consulting. Up and Running with AutoCAD 2018, which incorporates lessons learned from more than twenty decades of business and teaching work, is the 14th overall textbook on the topic. His 2012 proposal has also been translated and is available in Spanish. He can be reached at Elliot.Gindis@gmail.com.

Elliot Gindis has 1 products available for sale in the category of Paid in Kindle Store.

Elliot Gindis is rated 8 out of 10 based on 1 reviews.