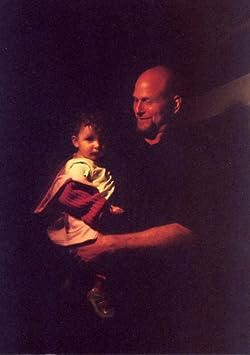 Ellis Amdur accounts two professions, for example a crisis intervention professional, through his firm, Edgework and as a 50+ year professional of traditional Japanese martial arts. His composing meets directly in the middle. Through his company, Edgework Books, he has self-published ten books about the manic de-escalation of aggression and calming of agitated mentally ill men and women, one each for individuals from the social services staff, for hospitals, for households, including police officers, such as firefighters and EMTs, for parole/probation officers, for 911 call-takers, for safety guards, correctional officers at a prison setting and for worksite security (HR, threat assessment professionals, etc), a few co-written. Furthermore, He's published Shapeshifting: Powerful Scenario Training for Hostage Negotiation Teams, co-written with Fmr. Sgt. Lis Eddy. He's also published a video and instructional book on verbal de-escalation for its armed citizen, throughout the United States Concealed Carry Association (USCCA).

Amdur has also published Body and Soul: Toward a Radical Intersubjectivity in Psychotherapy, a mixture of a lyrical description of the way phenomenology and dialogal philosophy could be implemented to psychotherapy, followed closely by 2 heart-wrenching accounts showing how these abstract principles are embodied in the actual world.

He has written and published three books on martial arts, that the iconoclastic Dueling with Osensei: Old School, also a work on classical British traditions and most recently, Hidden in Plain Sight, on esoteric wisdom within different Japanese martial traditions. Each of these books, in revised, expanded editions are or will shortly be published by Freelance Academy Press.

His first novel, The G

Ellis Amdur has 1 products available for sale in the category of Paid in Kindle Store.