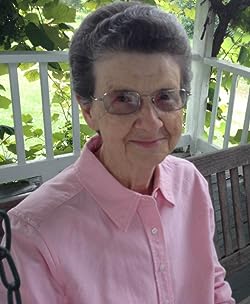 Elsie has written articles for church magazines as the 1960′therefore but didn’t write for novel until 1995. Since that time, her articles and devotionals have been published in Live, Christian Parenting Today, The Family Digest, '' Standard, The Secret Place, and other periodicals. Elsie's book, “Encouragement in the Wilderness—Devotionals for Days of Discouragement, Depression, and Despair” was printed in May, 2002. In 2011, this publication was published as a Kindle, under another cover, also titled, '' “Streams of Living Water for a Thirsty Soul. ”* Later, Lighthouse Publishing of this Carolinas published "Encouragement from the Wilderness--Devotionals for Times of Discouragement, Depression, and Despair" as a paper and Kindle back. Elsie's latest book, "God in the Silence," premiered in December, 2016.

Elsie has long kept a journal for a number of years is also writing journals because of her 12 grandchildren. She enjoys photographing God’s wonderful creation for example birds, flowers, trees, clouds, sunsets and sunrises.

*"Streams of Living Water for a Thirsty Soul" name, no more offered.

Elsie H. Brunk has 1 products available for sale in the category of Books.