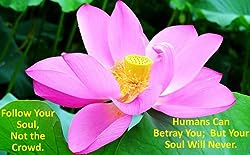 Emmanuel Ebah is religious philosopher, an author and economist. Emmanuel collectively read economics and global tourism management in the University of Strathclyde in Glasgow, United Kingdom.
As a writer, under the canopy of Divine Spark Books and Films Scripts, Emmanuel conceives and materialises high caliber, excitement-gripping, uplifting and edifying manuscripts and ready film broadcasts, meticulously researched and exhibited at a well ordered, coherent and compelling manner. Such manuscripts are meditated with vivid originality; and themed around subjects deemed necessary in strengthening the human spirit; and cultivating international sublime ideals, into the consequence of extending the bounds of their deepest meaning of civilisation.
As an economist, he is mostly obsessed with startup and operational strategies for micro-economic ventures. He is also an aficionado of lively international macro-economic compels such as exchange rates, international trade, trans-national labor mobility, comparative regional risks for global investment; along with globalisation.
As a spiritual heritage, Emmanuel is obsessed with understanding the source and nature of their vital values that define the human species, including unconditional love, wisdom, imagination, freedom, freewill, ambition, self-esteem, and belonging. He's keen to learn more about the inherent connection between all species. Emmanuel maintains that the most renowned genius is surrounded by the natural deficiencies of their brain, and views intellectual accomplishments as symptomatic of fascinating human potential, which is largely unharnessed, as it's erroneously considered overly utopian to warrant routine attention. Emmanuel maintains that neither is arrival the best start nor is passing the greatest ending. Emmanuel heeds the opinion which the existence of suffering is a explicit pride that human evolution is still at a de

Emmanuel Ebah has 2 products available for sale in the category of Paid in Kindle Store.

Emmanuel Ebah is rated 8 out of 10 based on 8 reviews.