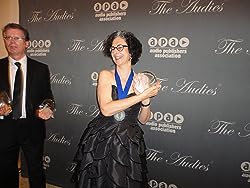 After college, I wanted to become a writer, however, there aren't any jobs such as this, and I knew I would be a lousy waitress I'd drop things and be rude to people because. Thankfully, I lucked in to tasks as a dream editor for Jim Baen in Ace Books, Then got humiliated by David G. Hartwell to operate at Pocket/Simon & Schuster. I quit to write my very first novel, Swordspoint, which took more than I thought it would, therefore I encouraged myself composing Choose-Your-Own-Adventure (tm) books. But writing is a lonely business, and that I love being onstage. So after I wrote my book I moved to become the announcer to WGBH public radio becoming the author and host of the national series of PRI Sound & Spirit.

Throughout that time I wrote The Fall of the Kings with Delia Sherman, also pulled an old manuscript from a drawer, something I had started after Swordspoint, about Alec's teenage niece, and my agent said I should finish it, so I did. I predict it TPOTS (pronounced "teapots"), however, its real title is The Privilege of the Sword. About this time, it became clear I had been writing all of the Riverside books out of order, a custom I keep to this day, as I am currently working with a whole lot of friends on Tremontaine, a collective sequential printed by literary Box online, along with SAGA Press in dead tree structure.

That I enjoy studying my own work aloud, and happen to be hideously indulged by "Neil Gaiman Gifts" & producer SueMedia, who allowed me to read each of 3 Riverside books into a mic for Audible.

I am pleased to have been one of the first authors on Terri Windling’s shared planet "Bordertown" series, so I convinced Holly Black lately to co-edit Welcome to Bordertown, inviting younger writers who grew up with the show to join some people old-timers about the Border where Elves on Motorbikes is fairly common. I sometimes teach writing in Clario

Ellen Kushner has 1 products available for sale in the category of Books.