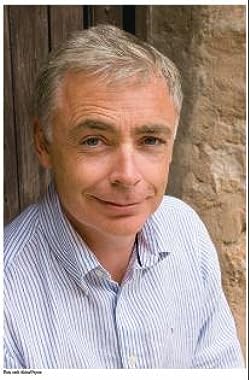 Eoin Colfer (pronounced Owen) will be the New York Times best-selling author
of the blockbuster Artemis Fowl series in Addition to Airman; Half Moon
Legislation; The Supernaturalist; Eoin Colfer's Legend of... publications;
The Wish List; Benny and Omar; and Benny and Babe. He was born in
Wexford on the northeast shore of Ireland in 1965, where he and his four
brothers were brought up with his father (a elementary school teacher,
historian and performer of note) and mom (a drama instructor). He first
acquired an interest in writing in primary (elementary) school with
gripping Viking tales inspired by history that he was learning in
school in that time.

Eoin obtained his degree by Dublin University and qualified as a main
school teacher, returning to perform in Wexford. He married in 1991 and he
along with his wife spent approximately 4 years between 1992 and 1996 operating in Saudi
Arabia, Tunisia and Italy. His very first publication, Benny and Omar, was published
from 1998, based on his experiences in Tunisia; it's since been
translated into many languages; a sequel followed in 1999. Back in 2001, the
first Artemis Fowl book was printed worldwide to much success -
shortly afterwards he left teaching to focus completely on his writing.
To this very day, Eoin has written 6 Artemis Fowl books that have sold over
12 million copies worldwide.

Eoin Colfer has 8 products available for sale in the category of Books.