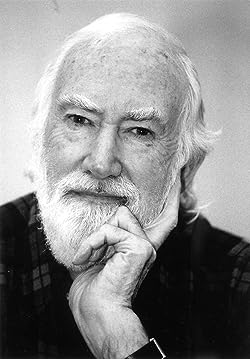 Eric Hill is the creator of Spot, the world's favorite puppy, who looked in his narrative, Where's Spot? In 1980 and quickly became among those best-loved pre-school personalities of all time. The adventures of today Spot stay incredibly hot and are enjoyed around the world.
Eric was born on September 7, 1927 in London, and educated in Pooles Park Elementary and Tollington Park Central schools before the outbreak of World War II. He joined the art studio by which he was invited to draw on cartoons. He enjoyed drawing aircraft, and it was the mark of airplanes which afterwards came to influence Spot's design, mirrored in the tip of his tail and the spots on his body.
Back in 1976 Eric's son Christopher was born; by the time he had been two Eric was creating stories about the experiences of a little puppy to browse to him at bedtime and Position was born!
The plan of the novels was motivated by an advertising flyer Eric had invented between a flap covering an amusing image. He noticed he was on this idea and incorporated it into his 21, when Eric revealed this. Although initially created just as his son to please, Where is Spot? Was actually released as a children's book in 1980 and began a publishing notion of interactive books'. Where is Spot the revolutionary lift-the-flap notion, combined with the very simple narrative and quirky, charming illustrations, helped? Become an immediate hit with kids and within weeks it had been on peak of the UK best-seller list.
The playful puppy soon became hugely popular along with a set of experiences followed, for example, debut of Spot's friends and family. Spot expanded from the original publications. There are now eight set of Position animation available on DVD and all these are broadcast and sold on video

Eric Hill has 18 products available for sale in the category of Books.