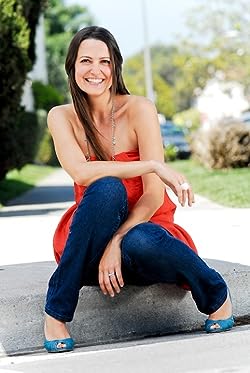 Amy Spencer grew up in Sea Cliff, New York, spent a decade in Manhattan and now resides in Venice, California with her half-orange, her husband.

Amy is the author of BRIGHT SIDE UP: 100 Ways to Be Happier Right Now (Perigee, 2012) and MEETING YOUR HALF-ORANGE: An Utterly Upbeat Guide to Utilizing Dating Optimism to Locate Your Perfect Match (Running Press, 2010). Read more about the books in brightsideup.com along with meetingyourhalforange.com.

Amy offers doses of life and love positivity on her site TheLifeOptimist.com, provides "Assignment Optimism" tips on Twitter (twitter.com/@datingoptimist) and creates the speediest email you'll get all week, VITAMIN OPTIMISM, which offers an little optimism practice you can try weekly—you can register to it upon Amy's website, AmySpencer.com.

Amy's a magazine writer who's written for Glamour, Harper's Bazaar, New York magazine, CNN.com, Redbook, Health and others. Before writing full-time, she had been an editor at MAXIM, GLAMOUR along with STAR magazines. She had been a radio host on Sirius XM radio and has appeared on NBC, CBS, VH1 and the E! channel and more. She made Half-Orange Optimisms for the iPhone, that appeared in the "Featured Apps" part of this Program store, made the Program store's "What's Hot" list and was included in New York's The Daily News. And when she is not writing, Amy loves biking, shooting photos, seeing television cooking shows and she absolutely lives for popcorn.

Amy Spencer has 2 products available for sale in the category of Books.